The Origin and History of Pole Dancing

Like all dance, pole dancing has an origin and a history. In our case, multiple cultures seem to have developed pole-centric dances, sports, and rituals individually throughout the years. This means the exact origin of what we know today as “pole dancing” is a little unclear; some say it could be an evolution of multiple origins coming together, or it could have all started with the 1920’s circus caravans.

In today’s article, we’ll cover a brief overview of several suspected points of origin, but we’ll also cover a timeline of how modern pole dancing has evolved since the 1900s.

There are several origins that are sparing in detail or record; however, they are still worth a mention as they could have easily influenced the dance we know and love today.

The first of these influential origins is a rumored African tribal dance where a woman used a large wooden pole, representing a phallus, to dance for the man they were promised to. This dance was meant to simulate intercourse, showing their soon-to-be husbands they were fertile and ready for marriage.

Some claim that an ancient Sumerian myth may be the first depiction of a striptease: Inanna, the Goddess of Love, is told to have adorned herself in robes and jewels in her descent into the underworld, and at each of the seven gates, she removed an article of clothing or piece of jewelry. Though this story does not depict a pole-like object, there is a chance that it could have influenced many cultures’ dance.

Time Period: Around the 12th century.

Time Period: Around the 12th century

This impressive sport is incredible to watch, and you’ll probably see some familiar moves! This sport is mainly performed by men as a show of gymnastic strength and endurance around a wooden pole. This sport literally translates to “wrestling pole” as it was originally intended as a training implement for wrestlers to exercise and build endurance in the entire body, in the least amount of time and effort.

Time Period: Around the 12th century.

Commonly associated with Cirque du Soliel performances, men participating in Chinese pole use two rubber-coated poles to perform supposedly gravity-defying acrobatic tricks, leaping from pole to pole, holding poses, and showcasing incredible strength almost twenty feet in the air. The rubber coating is used to improve grip, however, the acrobats must wear a full set of clothes – sometimes multiple layers – to avoid nasty friction burns. Chinese pole is often performed with multiple people, and you can see a lot of overlap with the pole dance world, as well as the movie world! Chinese pole was seen in Ocean’s 11 by Shaobo Qin, a member of the internationally acclaimed Peking Acrobats.

These “Little Egypt” traveling sideshows were brought to American circuses and commonly put on by dancers of Middle-Eastern or Eastern-European Gypsy heritage. These “Hoochie Coochie” or “Kouta Kouta” dances were a big source of entertainment for the 18th century. While performing in the tent, they soon realized they could utilize the main pole in the middle and would climb to the top, spin around the pole, and perform tricks on their way down to draw a larger audience. The rich jewelry, short skirts, and exposed midriffs caused quite a stir in an era where women dressed modestly in corsets and petticoats, and the term “Hoochie Coochie” caught on quickly as it is a catch-all to describe sexually provocative, belly dance-like dancing.

A Timeline of Modern Pole Dancing

In the 1920s, circus-goers still ooh’d and ahh’d about many of the sideshows and attractions these traveling folk had to offer. These hoochie coochie dances would wind up replacing the can-can as the ribald choice of dance in New York, providing inspiration for a new generation of dance styles – including burlesque and pole dancing.

Out with the Circus, In with Club Burlesque

It was around the 1950s that “pole dancing” – this new style that exotic dancers brought in from across the seas – began moving out of the tents, and into clubs and bars for entertainment. While the first clubs and bars were installing poles, cabaret was becoming much more widely accepted. Only a decade later, during what many call the “sexual revolution” of the 60s, some cabaret stripteases became performances with full nudity.

Belle Jangles Performs at in The Mugwump Strip Joint

The oldest known yet unverified case of what we call pole dancing today was at the Mugwump Strip Joint in Oregon, USA. This craze took off in Canada’s red-light district as well, and Vancouver clubs began featuring seductive, dancing women in themed costumes performing musical routines. Clubs across the US and Canada began installing brass poles on their stages for just this type of performance.

As this craze spread all across North America, many commonplace gentlemen’s clubs lost the themed tone of Vancouver’s original entertainment and burlesque clubs, but they didn’t lose the seduction. Dancers were beginning to embrace the appeal and so began the lap dance and the (full) striptease as another part of club entertainment.

Two Vancouver strip club co-owners realized how much the industry was taking off and opened a studio to help train their exotic dancers. Perhaps they saw a chance to seize the upcoming popularity, or maybe the standards for skill were rising.

Similar to many studios today, this studio taught pole work, floor work, and choreography. This was a revolutionary step in modern pole dancing as many dancers began to open their own studios, teaching other pole dancers their techniques and skills.

A young Canadian woman named Fawnia was hired on as an exotic dancer at one of these strip clubs in Canada. She soon found herself casually teaching many of the girls she worked with. What started out as a casual suggestion here or there became classes to multiple coworkers.

In 1995, Fawnia started branching out to non-strippers and started the revolution. By 2001, she was teaching in her own studio and was the first to create and release an instructional video for a fast-growing, worldwide culture. Fawnia pioneered the way for pole dancing and at-home poling, igniting a circulation of tapes, DVDs, and home pole kits.

Sheila Kelley began popularizing the term “pole fitness” and pushed it as a sport, targeting the audience who wanted a fun, exciting workout. She later opened her studio S-Factor in Los Angeles, CA. Of course, this helped pole dancing catch the interest of the general public.

Additionally, around this time, the popularity of the internet and social media was rising. Pole dancers from around the globe began sharing, teaching, and connecting with each other, helping even more people discover the dance, whether they were interested in it for fitness or their own self-expression.

In 2012, pole dancing was pitched as an Olympic sport, but it has yet to be recognized as such.

Today there are several styles of pole dancing all over the globe, and each one is taking a step towards an evolution of the art.

Whether you’re a lover of Dramatic, Lyrical, Exotic, or Fitness – maybe even more than one – there’s no doubt that pole dancing has brought a lot of people together for one common purpose and goal.

Let’s make it better together. 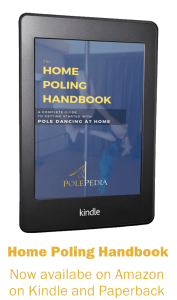 Subscribe to our Newsletter
wpDiscuz
We use cookies to ensure that we give you the best experience on our website. If you continue to use this site we will assume that you are happy with it.Ok